But….but, what if you’re listening to the news, right, and you hear politician so-and-so lead  is  x % within 1 standard deviation of the other politician.  You can now nod your head because you know what it means.  Right ?  It means you should be listening to music !

Now you’ll know how to do it !

“Common conversions from Celsius to Fahrenheit

Why is converting Celsius to Fahrenheit so difficult?

Because both Celsius and Fahrenheit scales are offset– ie neither are defined as starting at zero. On top of that, for every additional unit of heat energy the Celsius and Fahrenheit scales add a different additional value. Because of this setup, it’s impossible to say that doubling the °C or °F value doubles the amount of heat energy, so it’s difficult to get an intuitive grasp of how much energy 1 degree Fahrenheit or Celsius actually is.”

Well, looking at the above sample conversions, we’re pretty good using 1000LifeHacks formula.  It may be off a hair or two, but should be close enough when speaking about  the weather, but not rocket science !

In todays political climate, Latin phrases ae tossed around like everyone is supposed to be a Latin linguist.  Fear not.  If a politician shouts, “Quid Pro Quo”, just refer to this handy chart and you will understand that this phrase means, “This for that”.  Or how about, “Prima Facia” evidence.  Well just check the chart.  Of course it means, “On first view”.  Why they can’t just say it in good old English is beyond my comprehension.

Doing so much online banking, shopping, etc. opens us up to potential attacks—including theft and the abuse of personal information. That’s where a Virtual Private Network (VPN) comes in.

What is a VPN?

“A VPN is an online service that allows consumers to encrypt all their web traffic as it comes and goes from their devices,” says Ray Walsh, a technology expert at ProPrivacy. “This secures the data in an impenetrable tunnel that stops anybody from being able to analyze or steal their data and web-browsing habits.” In short, it’s the key to maintaining your privacy and safety.
Invisible surfing
According to Amy Smith, a senior technology analyst at Fit Small Business, a VPN is a bit like a personal cloaking device. “When you use a VPN, it encrypts your data, so it’s like you’re surfing the web invisibly,” she explains. “Your IP address is masked, too. So if there are any local network attacks with the purpose of stealing data, you’re much more protected.”

Who should get a VPN?

There are three main reasons a person might want to consider getting a VPN, according to Austin Norby, director of cyber initiatives at Blue Star Software.

Because the last two possible uses are potentially illegal, depending on where you live, Norby says of both points: “This is not legal advice or permission. Please consult with a lawyer in your area before attempting this kind of usage.”

What can a VPN protect users from?

“A VPN can protect people against badly implemented public Wi-Fi hotspots and purposefully set up ‘evil twin’ hotspots designed to help steal people’s data,” Walsh explains. “A VPN also stops local network administrators that are hosting Wi-Fi hotspots in coffee shops, hotels, airports, or elsewhere from invading your privacy by monitoring the websites that you visit.”

And you’re not just being paranoid if you want that extra privacy protection while surfing on public networks. “It is possible for Wi-Fi-hosting venues to collect data about consumers, which is later sold in bulk to third parties such as data brokers,” says Walsh. “This means that any data amassed about consumers while they use public Wi-Fi could potentially be sold on for profit and end up in a database.” A VPN can prevent that.

Some VPNs can provide a little extra protection, if you know what you’re looking for. “Some VPNs might provide a service that scans for known malware or exploitation attempts in the traffic and removes that code or content and blocks those connections,” says Norby. But you can’t expect that from every VPN. “This is not inherent in VPN technology and requires that the VPN service provider is scanning your unencrypted traffic, which does tend to violate the principles some users are looking for when using a VPN—namely privacy,” he explains.

How expensive is a VPN?

“While there are free VPN offerings, many are capturing all your information and are barely more than thinly veiled malware,” says Dave Hatter, a software engineer and cybersecurity consultant who currently works for intrustIT. If you want a VPN that will truly protect you, he says it’s best to stick with software from well-known, reputable vendors such as Symantec and Nord. “You can get solid, quality VPN offerings very inexpensively, and it’s much less expensive than the cost of identity theft or having your bank account drained,” he adds. Currently, Nord has a VPN deal for $3.49 per month for three years.

“There has been a lot of hype recently about VPN services and exactly what they can or cannot do,” Norby says. And that’s why he thinks you need to know about the following claims and limitations:

How can the average person find the right VPN?

“The best way to get a VPN is to visit a legitimate privacy advocacy website that reviews and tests VPNs like ProPrivacy.com,” says Walsh. “Here, consumers can access honest information and guides designed to help them find a VPN provider that is suited to their needs and get it up and running problem-free.” Of course, if you’ve got children, you’ll want to take additional steps to keep your kids safe online.

While there are several VPN providers with servers in the United States, if you’re worried about the U.S. government’s prying eyes, you can choose a VPN with servers located in other countries, says Smith. “NordVPN is in Panama, CyberGhost VPN offers servers in 112 different locations, and VyprVPN Services has jurisdiction in Switzerland,” she notes. “For the best security of your data, do a bit of research into the location to ensure that your data is locked down thanks to specific privacy laws.”

“VPNs are popular all over the world because their advantages are universal to all people,” Walsh explains. “Online freedom and privacy are considered two of the most fundamental human rights in modern society, because the ability to access news and educational materials—as well as the ability to communicate freely both locally and globally—are vital to maintaining autonomy and self-determination both politically and within civil society.”

Plus, he adds, “VPNs are one of the few online services that allow consumers to escape tyranny, political oppression, and unfair corporate surveillance by actively protecting their data and therefore their digital footprint from unwanted surveillance. For this reason, privacy advocates consider VPNs one of the primary tools for gaining and maintaining a healthy online presence.”

Article by Leah Campbell and The Readers Digest

You give away too many hints on social media

You don’t have a passcode on your phone

You are doing your banking via public Wi-Fi

You gave info to an unencrypted site

You never update your apps and OS

You got a suspicious email and phone call

For many years, it was believed that a job was a function performed solely for the purpose of making a living, and personal happiness was entirely dependent on social life.

However, findings from a study conducted by the University Of Warwick show that when happiness is encouraged in the workplace, productivity levels can increase by 12%. When employees enjoy their jobs, numerous positive benefits can be realized by the business: people work more efficiently, are more open to new opportunities to learn and develop and build up a strong support networks.

Here are just some of the ways in which happiness can help in the workplace:

The average person spends approximately 92,000 hours of their life working. Pursuing a job you enjoy can provide you with positive energy as well as confidence and motivation, helping you to succeed and grow.

Being happy can also lower your blood pressure and strengthen your immune system, resulting in fewer sick days.

Creativity is no longer something reserved for traditional artistic industries. When you’re happy at work, you feel focused and comfortable, and ideas flow more freely. Idea generation is essential to innovation.

Promoting happiness in the workplace by facilitating opportunities to generate creative ideas – and rewarding them – provides great business advantages. Positive minds strive to complete tasks effectively and efficiently, which can lead to feeling valued and fulfilled through positive reinforcement.

Happiness spreads throughout a company. The impact of this has beneficial effects, as a positive enthusiastic workplace environment encourages confidence, the opportunity for leadership, and happy employees to perform better.

Employees who take pride in their work make positive role models for their colleagues, and happiness can inspire ambition and drive.

Being happy provides a sense of purpose

We’re all working towards our personal career goals. It is important you do not feel unmotivated and under-appreciated in the workplace, as this can have a negative impact.

At Carbon60, our mission is to ensure we change the lives of our candidates for the better, by providing fulfilment and a sense of purpose to each individual within every job we place.

If you’re happy and satisfied with your job, you’re more likely to stay at the company for a long time, which can bring plenty of opportunities including promotion, long-lasting relationships between you and your key stakeholders and an increase in salary.

Good communication is an essential skill to practise with your employees in the workplace. Not only does this help to build friendships with your colleagues, it is also a great way to express and share ideas to increase creativity, and receive helpful feedback to ensure you’re fulfilled and gaining deserved recognition for your successes.

There are numerous ways that businesses and individuals can improve working conditions to promote happiness across a company. By highlighting these benefits to HR teams, office managers or line managers, you can be a champion for the importance of happiness in your workplace.

Even the smallest improvements can have enormous positive effects in the workplace, enough to make a difference to your happiness, your colleagues’ happiness and your businesses commercial performance.

For more tips and advice, visit Carbon60.  Built on the heritage of publishing indispensable job seeking and career building advice for over 13 years.  Headquartered in London. 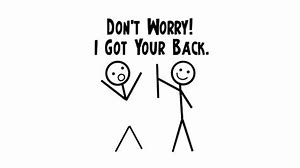 From The Scholle Corp. Handbook