The clock is ticking, the day is getting nearer.  That’s right, it’s Thanksgiving Day fast approaching.  Are you ready for it ?  We in the U.S. think of this day as the start of the holiday season, which won’t end until the day after New Years Day.

Employers think of this as la-la time as many employees have something other than work on their minds.  First, its’s Thanksgiving, then the Black Friday shopping adventure, followed by Cyber Monday when shoppers go crazy buying on the web.  Next,  Christmas Eve and Christmas Day are the best/worst days of the year depending on your family situation.  We top it all off with a  New Years Eve celebration to beat all and New Years Day football marathon to kick back.  Whew.  No wonder it’s call la-la time.

So let us begin at the beginning.  Thanksgiving, the busiest travel time for Americans, is November 28 this year (My birthday-no presents please).  It’s always the fourth Thursday of November which this month is quite late.  A good thing for those who must prepare the meal, but a bad thing for shoppers as their time for shopping has been reduced by about a week.

Now about the turkey, and the trimmings.  It’s time to plan the meal to prepare it, or to order it, or to make reservations to visit the host of restaurants that will be serving it to you and your party.  That sounds ideal, but does take away the intimacy of the event.  Either way, get cookin’.  Time is marching on.  This year, no last minute preparations.  You got this, so just do it.  Make this a very…

In the U.S. Thanksgiving is November 28, the last Thursday in November (Also my birthday).  Now is the time to get some decorating ideas percolating.  Here are 10 ideas to get you started planning that wonderful get-together.  This is the first of a series of ideas.

This would look cute in the middle of all your appetizers! Check it out!

What a great way to say what you’re thankful for! Keep this decoration for years to come!  Check it out!

Share what you’re thankful for on pretty tree branches! Take a look!

LOVE this! It’s so simple and pretty and has a personalized touch! See it here!

Cute and useful! Keep this for many years! See it here!

Make the Thanksgiving Table more fun with this classic! View it here!

Personalize your Thanksgiving! Check it out!

Who would have thought! I love this idea! Find out more!

You can work off of this! I think it’s a fun start! View it here!

Not your style ?  How about… 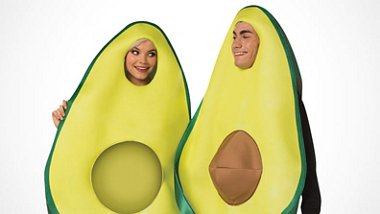 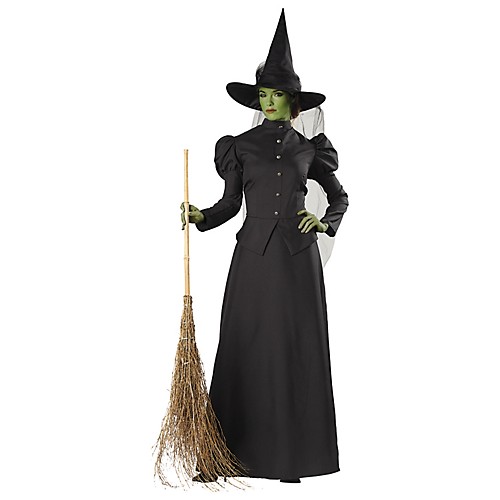 Whatever.  Don’t forget that tomorrow is Halloween.  Yes, I know it’s snowing and cold but your party will be inside.  Just be careful riding home !

Yes ?  OK, it’s settled.  Let’s all meet up and go trick or treating and later have hot chocolate at my laboratory, uh….home.

Diwali is a “Festival of Lights”

Bright lights, bright colors, food, and fireworks. It might sound like the Fourth of July, but Diwali is something else entirely.

Diwali, Divali, Deepavali or Dipavali is a four to five day-long festival of lights, which is celebrated by Hindus, Jains, Sikhs and some Buddhists every autumn in the northern hemisphere. One of the most popular festivals of Hinduism, Diwali symbolises the spiritual “victory of light over darkness, good over evil and knowledge over ignorance.” Light is a metaphor for knowledge and consciousness. During the celebration, temples, homes, shops and office buildings are brightly illuminated. The preparations, and rituals, for the festival typically last five days, with the climax occurring on the third day coinciding with the darkest night of the Hindu lunisolar month Kartika. In the Gregorian calendar, the festival generally falls between mid-October and mid-November.

Diwali is India’s biggest holiday, transcending religions and cultures to celebrate the triumph of good over evil (as symbolized by lights in the darkness).

The name “Diwali” is actually short for Dipawali (or Deepawali) which refers to the clay lamps (“deepa“) that celebrants arrange in rows (“avali“) outside their homes.

Diwali began in the Hindu religion, but it’s been adopted across Indian culture (much like Christmas has been adopted across American culture). It’s also celebrated in many countries, particularly Asia, although please don’t count out the United Kingdom, whose lavish celebrations of Diwali are among the world’s most colorful (as shown in this photo taken on Diwali in Trafalgar Square).

Food is an essential part of Diwali…

“Indian sweets and desserts are called mithai and are a staple part of Diwali celebrations,” according to the Independent U.K. Many of the treats are fried foods made from sugar, chickpea flour, and condensed milk.

Just in time for Halloween, Whether you’re a believer or not, America’s towns are filled with spooky stories passed down through time. From haunted fortresses to grisly tales of suffering and death, here’s a list of some of the spookiest spots in the US.

During its more than 100 years in operation, the Moundsville Penitentiary in West Virginia was one of America’s most violent correctional facilities and the final stop for almost 1,000 criminals. The prisoners lived in cramped quarters, which led to riots. Many men were hanged or killed in the electric chair, while others were murdered by other prisoners. The prison closed in 1995, but according to some, the tortured spirits are still behind bars and in the bowels of the prison and may be seen or heard on a tour.

Once known as the Weston State Hospital, this asylum was home to thousands of people with mental illness, starting in 1864. Hundreds of people died here before the facility closed in 1994. The spirits that are said to haunt the site today date back to the Civil War era, when the asylum’s grounds served as a military post. Paranormal tours of the facility feature 2-hour visits to the asylum’s 4 main hot spots. The more intense Ghost Hunt is an 8-hour, overnight paranormal adventure with experienced ghost-hunting guides.

On June 10, 1912, the old white frame house at 508 E Second St became a grisly crime scene. The heinous murder of Josiah B. Moore, his wife, their 4 children and 2 young girls who were overnight guests rocked the small town of Villisca, IA, and the murderer was never identified. Over the years, residents of the home reported visions of a man with an ax, children crying and unexplained paranormal activity. In 1994, the home was restored to its original condition with no indoor plumbing or electricity. These touches add to the chilling ambience during a lamplight tour from April through November or an overnight experience available by reservation for groups.

Jerome, AZ, is a former copper-mining town with a paranormal reputation that dates back to the Wild West. The town is now home to just 400 residents (down from 15,000 in its heyday), but legend has it there are plenty more ghostly residents from the days of mining accidents and gunfights. One well-known spirit is the working girl Sammie Dean, a prostitute who was strangled by a customer in the old Crib District. Her beautiful spirit roams the alleys looking for her killer, who was never found.

Cuban Club, also known as Circulo Cubano de Tampa, can be found in Tampa’s Ybor City neighborhood. In 1917, this spot was a popular hangout for Cuban immigrants who enjoyed the ballroom, outdoor band shell and cantina with a stage and dance floor. Today, the compound, which is protected by the National Historic Register, hosts concerts and special events and is the setting for many ghost stories about spirits playing the piano and riding the elevators.

Built in 1771, Fort Mifflin is the country’s only Revolutionary War battlefield that is still intact. There are 14 restored buildings on the grounds on the Delaware River and reportedly plenty of spirits from the past. Among the ghosts said to haunt the fort is a screaming woman whose cries are so loud that the Philadelphia police have been called to investigate, only to find no one there. Other characters in the local ghost stories include a faceless man wandering around the fort, a tour guide dressed in revolutionary garb and numerous children and dogs.

The Moon River Brewery brought its beloved beers to Savannah in 1999, but the building is one of the oldest in town, dating back to 1821. In its original incarnation, it was the City Hotel, a high-end hotel with a history of violence during the Civil War. Men were killed in the hotel during heated skirmishes, including a Yankee who was beaten to death by locals in 1860. Some bar patrons today say they’ve seen bottles mysteriously fly through the air and have witnessed guests being pushed, touched and even slapped by unseen forces. One resident apparition, Toby, is said to skulk around the billiards room looking for the next great bar brawl.

The house at 716 Dauphine St is a classic French Quarter beauty with classic wrought-iron balconies and a large courtyard. But in the 1800s, this residence was a house of horrors for the Sultan, a wealthy man with a depraved lifestyle, multiple wives and children, and a harem of women and young boys held against their will. Neighbors complained about the mysterious habits of this man who had a predilection for partying, opium and torture. But the greatest mystery in the house was the Sultan’s demise, when he was buried alive in the courtyard after his family and harem were hacked to pieces in a bloodbath by an unknown perpetrator. Today, his angry spirit is thought to be responsible for the unusual noises, loud music and strong incense smells that waft from the home, as well as unwelcome advances on past female residents who swear the Sultan is still up to his old tricks of groping female visitors.

Toni Jo Henry has been the talk of the small town of Lake Charles since the 1940s, when she killed a man in cold blood. Just as notorious were her stunning good looks. The former prostitute charmed a gentleman in a pickup truck to give her a ride while she was walking the highway with a friend en route to spring her true love from a Texas prison. It took 3 trials for a jury to convict the wily Toni Jo, who had charmed the courtroom and jail staff and divided the town over her presumed guilt. In 1942, this murderous beauty known as Tiger Girl was the first woman in the state to die in the electric chair. Her spirit lingers in the courthouse today, and workers there swear they feel her presence, hear her screams and even smell her burning hair. Many believe that she tinkers with office equipment, locks doors and meddles with everyday office life at the courthouse.

A few places to visit if your nerves and heart can stand it !

by http://www.elcivics.comThe United Nations is an international organization that was established after World War II to keep the world at peace. It is located in New York City, New York. Almost all of the countries of the world belong to the United Nations. It is often called the UN and its role has expanded to include encouraging respect for human rights and reducing poverty. (3 pages)