By Aaditi P, Writer  for Youngzine

What better occasion to announce some happy news than these grim times that we are pushing through?

Just in time for the UN’s International Day of Happiness on March 20, the World Happiness Report announced a listing of the world’s happiest countries – with Finland emerging as the winner for the third year in a row!

The runner ups, which also happen to be European countries, are Denmark, Switzerland, Iceland, and Norway.

How are the Rankings Determined?

Image DW/World Happiness ReportIt may seem strange to imagine happiness as something that can be measured.

When asked about how a country can be the “happiest,” John F. Helliwell, one of the editors of the report, explained that happiness does not depend on a counted number of smiles but on the trust and confidence that people have in each other.

The editors of the World Happiness Report used data from the Gallup World Poll to rank the countries. Additionally, they looked at six factors: levels of income, life expectancy, generosity, freedom, social support, and trust.

This poll that people in countries around the world answered includes a set of yes/no questions about their lifestyle and emotions. The survey also includes questions like one where the respondent was asked to rank their life as if they were on a ladder (0 on the bottom to 10 at the top) and the happiest life was at the top.

The results of the survey and an examination of the factors ranked the happiest countries in the world, along with the least happy. The countries that are at the bottom of the list in terms of happiness are Afghanistan, followed by the African countries of South Sudan, Zimbabwe, Rwanda, and the Central African Republic.

Finns and their Lifestyle 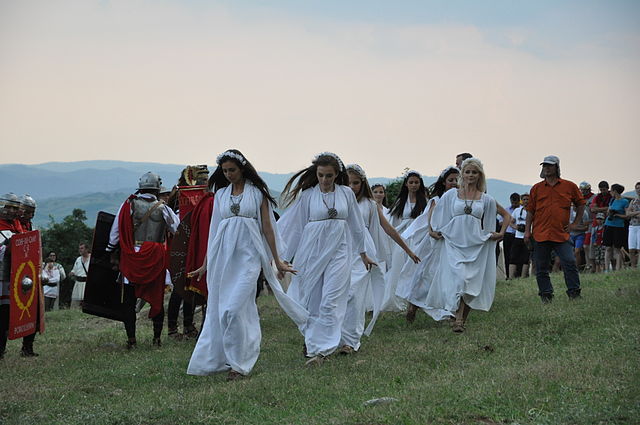 Cricau Festival; Image WikipediaSo what exactly in the lifestyle of Finns makes them stand out? As mentioned before, trust is a key part of a healthy and happy life. A common theme that many of the lower-ranking countries on the list shared is the people’s distrust and fear of their government.

However, according to the survey’s results, 91% of Finns are satisfied and trust their president, while 86% trust their police.

Not only does Finland have a smooth, trustworthy democracy, but also a progressive education system and almost perfect gender equality. One of the biggest factors of the Finns’ content lifestyles, however, is due to their universal healthcare system.

All in all, it is the community and trust that boosts Finland to the top of the happiest countries list. So, although it may be a time of stress and fear, experts say that this is also a time to increase our overall happiness if people come together to support each other.

There are no limits to success to those who never stop learning. Learning will nourish your personal growth. I hope you enjoy this blog and visit often so you keep learning and growing too! View all posts by Dennis Hickey