The 1960s were filled with bright colors and flashy designs, and the typical American home at the time was no different.

From shag rugs to wood-paneled walls, a home in the ’60s was designed for family life and entertaining. Although homes today are still built for families, they are typically more subdued and focused on comfort.

Ranch style homes were popular during the 1960s, and had an emphasis on landscaping.

Inside a 1960s home, you’d find bold, bright colors throughout.

For more ways the average home has changed, go to: 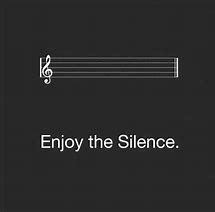 In a loud and distracting world, finding pockets of stillness can benefit your brain and body. Here are four science-backed reasons why.

We live in a loud and distracting world, where silence is increasingly difficult to come by ― and that may be negatively affecting our health.  We’re constantly filling our ears with music, TV and radio news, podcasts and, of course, the multitude of sounds that we create nonstop in our own heads. Think about it: How many moments each day do you spend in total silence? The answer is probably very few.

As our internal and external environments become louder and louder, more people are beginning to seek out silence, whether through a practice of sitting quietly for 10 minutes every morning or heading off to a 10-day silent retreat.

Inspired to go find some peace and quiet? Here are four science-backed ways that silence is good for your brain ― and how making time for it can make you feel less stressed, more focused and more creative.

Florence Nightingale, the 19th century British nurse and social activist, once wrote that “Unnecessary noise is the most cruel absence of care that can be inflicted on sick or well.”  Nightingale argued that needless sounds could cause distress, sleep loss and alarm for recovering patients.

It turns out that noise pollution has been found to lead to high blood pressure and heart attacks, as well as impairing hearing and overall health. Loud noises raise stress levels by activating the brain’s amygdala and causing the release of the stress hormone cortisol, according to research.

A 2006 study published in the journal Heart found two minutes of silence to be more relaxing than listening to “relaxing” music, based on changes in blood pressure and blood circulation in the brain.

In our everyday lives, sensory input is being thrown at us from every angle. When we can finally get away from these sonic disruptions, our brains’ attention centers have the opportunity to restore themselves.

The ceaseless attentional demands of modern life put a significant burden on the prefrontal cortex of the brain, which is involved in high-order thinking, decision-making and problem-solving.

As a result, our attentional resources become drained. When those attention resources are depleted, we become distracted and mentally fatigued, and may struggle to focus, solve problems and come up with new ideas.

But according to attention restoration theory, the brain can restore its finite cognitive resources when we’re in environments with lower levels of sensory input than usual. In silence ― for instance, the quiet stillness you find when walking alone in nature ― the brain can let down its sensory guard, so to speak.

3. In silence, we can tap into the brain’s default mode network.

The default mode network of the brain is activated when we engage in what scientists refer to as “self-generated cognition,” such as daydreaming, meditating, fantasizing about the future or just letting our minds wander.

When the brain is idle and disengaged from external stimuli, we can finally tap into our inner stream of thoughts, emotions, memories and ideas. Engaging this network helps us to make meaning out of our experiences, empathize with others, be more creative and reflect on our own mental and emotional states.

In order to do this, it’s necessary to break away from the distractions that keep us lingering on the shallow surfaces of the mind. Silence is one way of getting there.

Default mode activity helps us think deeply and creatively. As Herman Melville once wrote, “All profound things and emotions of things are preceded and attended by silence.”

4. Getting quiet can regenerate brain cells.

Silence can quite literally grow the brain.

A 2013 study on mice, published in the journal Brain, Structure, and Function, involved comparing the effects of ambient noise, white noise, pup calls and silence on the rodents’ brains. Although the researchers intended to use silence as a control in the study, they found that two hours of silence daily led to the development of new cells in the hippocampus, a key brain region associated with learning, memory and emotion.

While preliminary, the findings suggested that silence could be therapeutic for conditions like depression and Alzheimer’s, which are associated with decreased rates of neuron regeneration in the hippocampus.

Beautiful plants from the “other” side of the world.

Yes ?  OK, it’s settled.  Let’s all meet up and go trick or treating and later have hot chocolate at my laboratory, uh….home.

Simple conversation can sometimes be, well, kind of hard. Especially for those of us on the shyer end of the spectrum or who aren’t super comfortable with new people. It’s why knowing ways to become more likable can actually majorly help us out when it comes to socializing in new environments, like at parties or networking events.

I used to be one of the shyest kids in my class growing up, and I honestly feel like that shy kid is still who I am deep down at the core. However, a few major developmental experiences (i.e being forced to go to sleep away camp five summers in a row) eventually working at a job that entailed a ton of social events and client interactions, taught me that when it comes to appearing charming and extroverted, you can absolutely fake it ’til you make it.

And the thing is, socializing is like a muscle — the more you do it, the easier it gets. I now genuinely hardly think twice about attending a work function or hosting an event where I don’t know many people. Friends who met me as an adult are genuinely shocked to know I was shy growing up, and usually assume I’m 100 percent an extrovert. That’s how much you can truly change the energy you give off.

If you’re looking to up your socializing game, here are 11 hacks for being super likable in conversation.

This tip comes from me: nothing is less appealing than talking to someone who is clearly scanning the room for someone else they want to talk to or checking their phone. Making the person you’re talking to feel like they are the most interesting thing in the room will instantly win you a fan. Plus, seeming distracted is just rude.

The Social Psychology Bulletin noted that subtly mimicking the person you’re talking to sends subtle signals that you’re engaged and interested — and even attracted. This will instantly help you send good vibes.

A piece for Psychology Today by psychologist Ryan Anderson noted that people generally remember the first and last things in a conversation best. So greet them with a smile and compliment, and think about ending the conversation a little earlier than you might usually — before you run out of interesting things to say.

Anderson also noted that studies show people really like hearing their own names, so one of the best ways to endear yourself to someone quickly is by using theirs. This is also good incentive to actually remember people’s names when introduced.

This is another personal tip, but you can read it on countless articles about making a good first impression. There’s just something about someone who is confident enough to look you in the eyes that makes you instantly trust them. Plus, good eye contact shows the other person you’re not bored.

According to a Business Insider piece on habits of exceptionally likable people, likable people smile a lot. It instantly cues others that you’re friendly and open, and helps put them at ease.

According to a study out of Harvard, confidence actually matters more than physical attractiveness when it comes to getting dates. They note this is likely because confident people often smile more and make better eye contact — little cues that a person is trustworthy. My advise for shyer people is to pretend like you’re putting on a show — acting more confident can be as easy as getting into character.

9. Make The Other Person Comfortable

And a final tip from me: focus less on how you feel, and more on making the other person comfortable. I find this instantly makes me more attentive to what the person is saying, as well as makes me come across as more confident and self-assured. I think of myself as the “host,” even if it’s not technically my party. I usually find most people are relieved that someone took the initiative to break the ice.

According to Stanford professor Jeffrey Pfeffer in a piece for Time Magazine, asking others for advice is a super quick way to ingratiate yourselves with them, because it shows that you value their opinion. If you’re about to make a new purchase but can’t decided between two models, bring it up in conversation. Or keep it as simple as asking the other person which fancy cocktail they think would taste best.

According to that same Time Magazine piece, people often associate what you say about others to how they feel about you. That means if the first words out of your mouth are critical or negative, other people will start have a less positive impression of you overall. Instead, mention something that you love about another person at a party, point out an outfit you love.

Being likable isn’t rocket science. Just make sure you seem interested and attentive, and remember — you have a ton to offer.

Conversation Tips brought to you by:

Diwali is a “Festival of Lights”

Bright lights, bright colors, food, and fireworks. It might sound like the Fourth of July, but Diwali is something else entirely.

Diwali, Divali, Deepavali or Dipavali is a four to five day-long festival of lights, which is celebrated by Hindus, Jains, Sikhs and some Buddhists every autumn in the northern hemisphere. One of the most popular festivals of Hinduism, Diwali symbolises the spiritual “victory of light over darkness, good over evil and knowledge over ignorance.” Light is a metaphor for knowledge and consciousness. During the celebration, temples, homes, shops and office buildings are brightly illuminated. The preparations, and rituals, for the festival typically last five days, with the climax occurring on the third day coinciding with the darkest night of the Hindu lunisolar month Kartika. In the Gregorian calendar, the festival generally falls between mid-October and mid-November.

Diwali is India’s biggest holiday, transcending religions and cultures to celebrate the triumph of good over evil (as symbolized by lights in the darkness).

The name “Diwali” is actually short for Dipawali (or Deepawali) which refers to the clay lamps (“deepa“) that celebrants arrange in rows (“avali“) outside their homes.

Diwali began in the Hindu religion, but it’s been adopted across Indian culture (much like Christmas has been adopted across American culture). It’s also celebrated in many countries, particularly Asia, although please don’t count out the United Kingdom, whose lavish celebrations of Diwali are among the world’s most colorful (as shown in this photo taken on Diwali in Trafalgar Square).

Food is an essential part of Diwali…

“Indian sweets and desserts are called mithai and are a staple part of Diwali celebrations,” according to the Independent U.K. Many of the treats are fried foods made from sugar, chickpea flour, and condensed milk.

WHAT SIZE JAR SHOULD I USE?